Just watch Greg Gumbel’s reaction at the end of this…

And how can you resist Samuel L., Chuck & Spike?

Give us March Madness & it’s commercials any day.
(Ok, DirecTV & Capital One…slide us a few bucks…)

We all know that President Trump wants to get tough against illegal aliens…but how would he do versus Space Aliens?

It’s been twenty years since classic sitcom “Roseanne” was on the air.

John Goodman joined Sara Gilbert for a “Roseanne” reunion on CBS’ “The Talk”.

TRUMP CONTINUES TO FREAK HOLLYWOOD OUT! 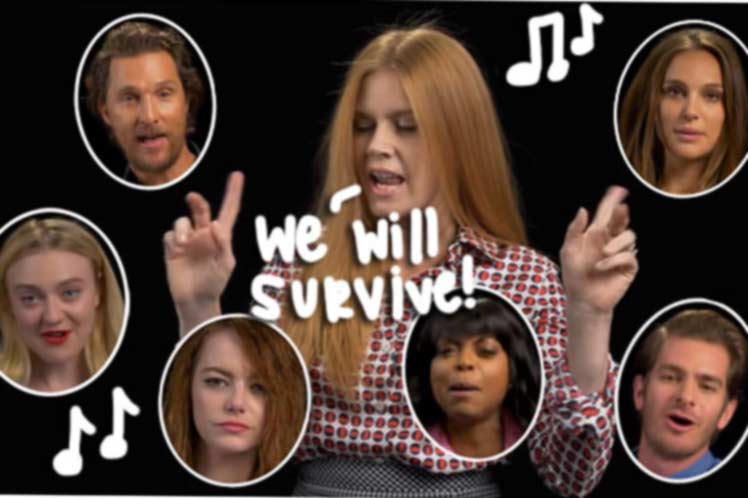 We are on the verge of Donald J. Trump being inaugurated as our Next President and Hollywood continues to freak out.  Take a look at this video of “stars” such as Amy Adams, Matthew McConaughey, Emma Stone, Natalie Portman and more singing “I Will Survive” in a “protest” of President Trump.

What do you think?  A reasonable protest of Trump or another example of Hollywood “overacting”?

Here are some highlights from Bob’s time as host–